We went to the annual La Habra Corn Festival this weekend where Lolo likes to take Salvatore on a pony ride.  This was his third time.  Salvatore rode this horse named Cinnamon like a pro! 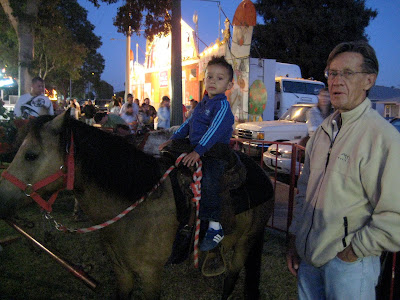 Below is last year's picture, when Salvatore was 20 months old. 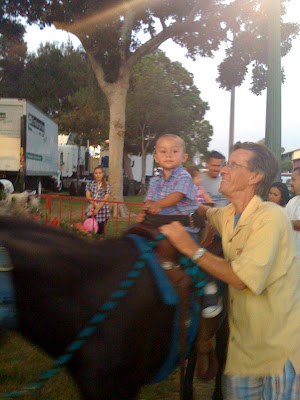 Below was Salvatore's first time on the pony, when he was 8 months old. 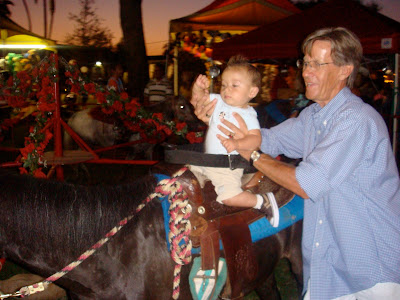