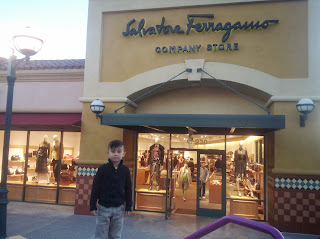 With so much to be thankful for, we spent five days in Palm Springs with family, enjoying early celebrations with lots of food, shopping and hanging out.
Salvatore in front of his namesake store. 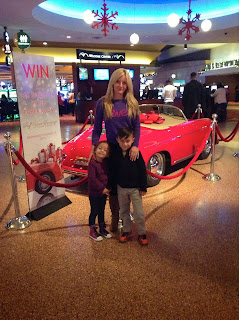 After an amazing Mexican Buffet at Casino Morongo. 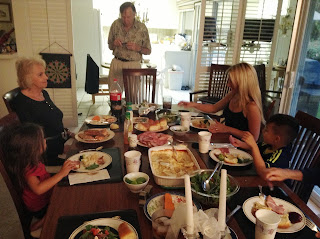 Our own Thanksgiving meal before the real one. 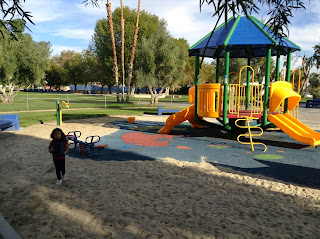 Kids playing in the park. 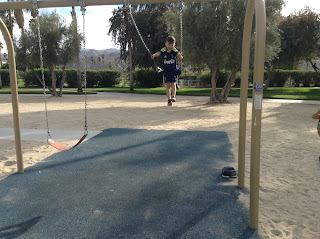 Lots of shopping before the major crowds.  We also visited the Palm Springs Aquatic Center and will definitely go back when it warms up. 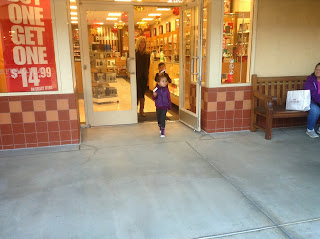 What is your favorite thing to do in Palm Springs?

Posted by The Liconas at 8:26 PM No comments: 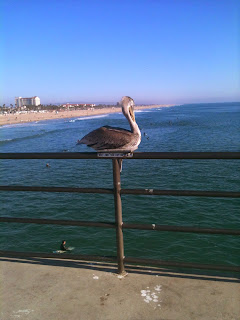 At the beach. An amusing pelican from Huntington Beach Pier.  He would walk around the pier and try to blend right in with the crowds. It literally looked like he thought he was one of the people! 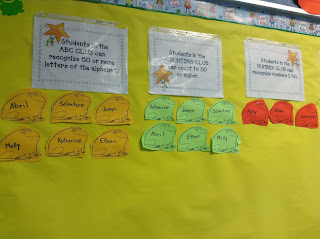 At school. Sal is joining clubs, making friends, and continuing to enjoy his first exposure to school. 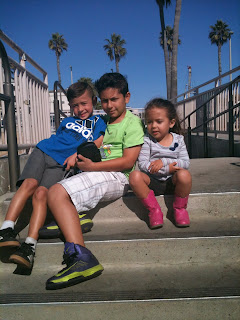 With family.  We watched our Godson, Fernando, this 3 day weekend and his energy and love added much to our own. We have so much fun when we are all together. 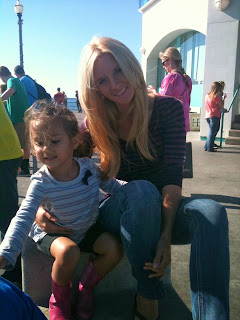 On the pier.  Fernando took our picture while waiting to eat at Ruby's on the pier.  Soccer took us back down to San Juan Capistrano and we first went to Dana Point and walked all along the jetty and collected tons of beach rocks and shells. Driving up PCH, we got hungry and David suggested this place.  Yum! 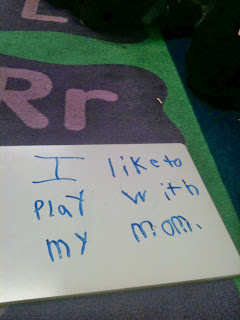 Learning. My son is now writing sentences with joy and he reads or tries to read everything.  Valentina also loves to pen her ideas down and has scribbled on everything we own.  Sal was never interested in writing before school, so we dodged that phase of scribbles with him. Not Val. She loves to express herself that way, and while it is all just scribbles and lines, she shows great fine motor skills with her precision in her drawings. 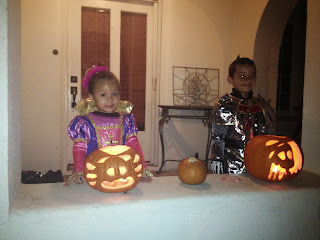 On Halloween. Valentina was a princess and Salvatore was a knight.  They had a blast again both collecting candy and passing it out at home. 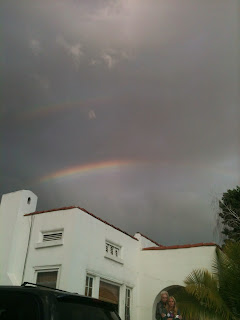 Loving little moments. Like when you spot TWO rainbows (look closely) the moment your grandparents arrive to say hello.