David coaching Salvatore in the park.
With uniform, socks, soccer cleats, cones and plenty of black and white soccer balls. 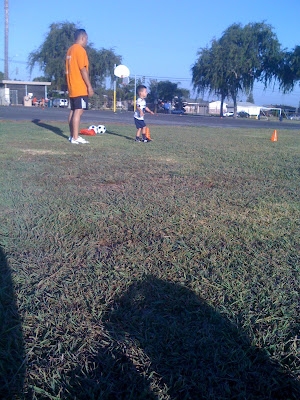 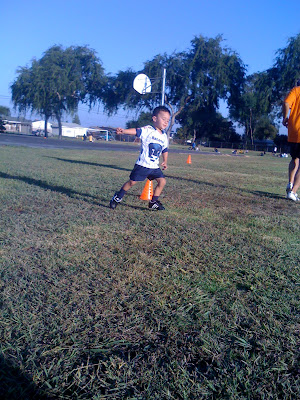 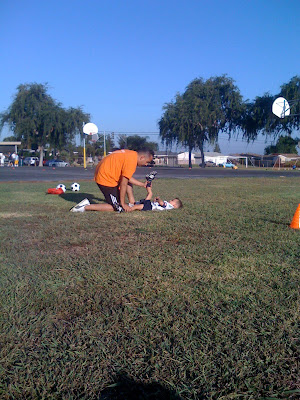 David has played soccer all of his life and feels so happy to see his son share his love of the game. 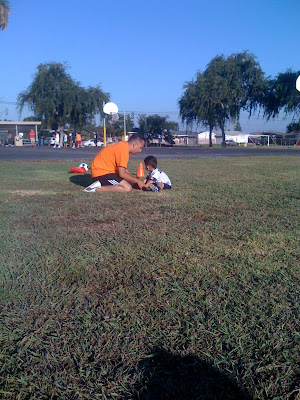 Valentina and I sat on a blanket nearby and watched. 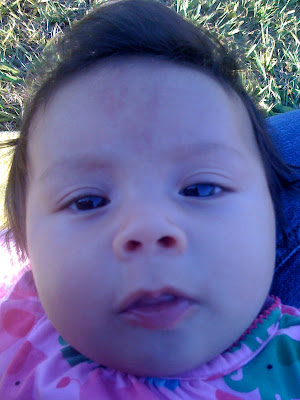 I learned a lot from watching David coach.  Coaching is so similar to teaching, yet it takes a different path, one that encourages all the growth, character and development that comes from an organized sport.
Some time later, we were watching this program called "I Scored a Goal" and it interviewed all of the players who had ever scored a goal in a World Cup game.  The stories and flashbacks were incredible and each goal was its own special moment in time.  One player said that he remembered watching the World Cup with his dad and his dad was crying over the final game, and he told his dad to not cry because one day he was going to score a goal in a World Cup game.  And he did.   And it made us cry...just to think of our "one day."
Posted by The Liconas at 6:31 PM